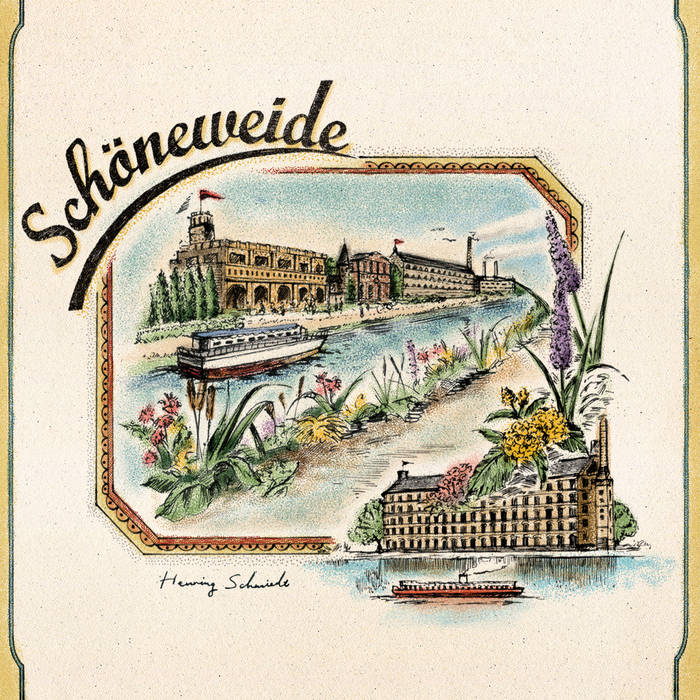 Schöneweide is the name of a district in the South-East of Berlin, in which Henning’s studio has been based for many years. Stationed along the river Spree, it historically was characterised by pasture and was regarded as the door to the city. For Henning it serves as a refuge to create some of the most beautiful music modern composition has to offer.
There, in the midst of a now industrial landscape, still reminiscent of the time after war, making way towards the workspace, feels more like a stroll to collect impressions than following an aim. And as so often, it is paths that don’t lead straight ahead that will release the manifold achievements we hadn’t considered when leaving the house.

The compositions on Henning’s new solo album are introverted studies that evolve by themselves. Given space, they develop into something larger than an idea the artist behind it might have had in mind. This music, comprising of a gorgeously spacious recorded piano and delicate electronic supplements, like the trail towards the studio prefers the flow of natural sideways over concrete roads: It moves quietly, less directly and is thereby susceptible for new views and insights, leading to an extraordinary unpretentious recording.

You are invited to come along, through an area rich with both history and emotions, through a surrounding full of surprises, edges and turning possibilities. Schöneweide, as a finished recording, represents that scope and enthrals by its honesty and candour. It might be cliché to say that the route is the goal, but it is far from kitsch to understand what is meant by that statement. In times of constant representation, of enduring competition for attention, it is a relief to listen to something this authentic.