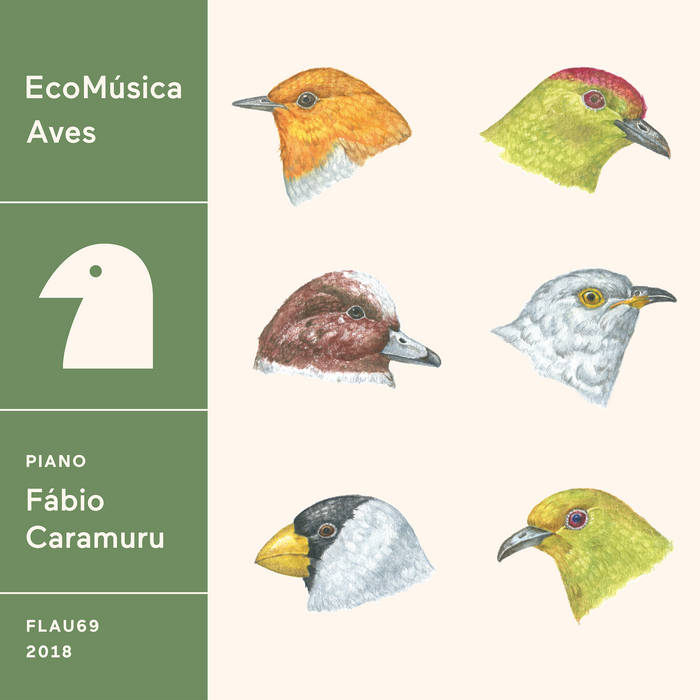 Fábio Caramuru’s music is colorful as terra roxa, a reddish purple soil found near his homeland of São Paulo, Brazil. Just like the fertile mix of minerals, gases, and liquids which enriches the ground for plant life, Caramuru’s work mixes fields such as cinema, music, and dance which prepare the heart for harvest. His music is earthy, yet precise. His chosen instrument is the piano: 88 keys coloring one ivory rainbow.

Early on, Caramuru divided his interests between two vocations. In addition to studying music, a time-based practice involving the geometry of silence and sound, he also studied architecture, a space-based practice involving the geometry of shadow and light. Perhaps his music reflects the architecture he admired as a child while walking along Avenida Paulista: lush European buildings with generous gardens and porches.

Caramuru’s musical structures, however, are not built from stone, steel, or concrete; rather from soul, feathers, and ocean breezes. Perceived from a bird’s-eye view, his music seems clear as a blueprint: the harmonies fuse surface with center while the melodies appear bright as white lines on a blue background. Fortunately, wandering through his compositions does not require a hard hat or technical degree. Appreciating Caramuru’s world of sound requires only a warm sense of wonder.

Brazil is a country of contrasts. Its megadiverse landscapes encompass plains, mountains, swamps, and forests. Although the inspiration for EcoMúsica | Aves occurred while Caramuru was traveling abroad, mingling with a different culture and geography, a lingering background of people and places remains central in all of his work.